We Write. We Film. We Flash. We Stream.
THE STUDENT INTERNS OF THE AMERICAN PAVILION: A CLOSE-UP Hinly Wong - May 24, 2019 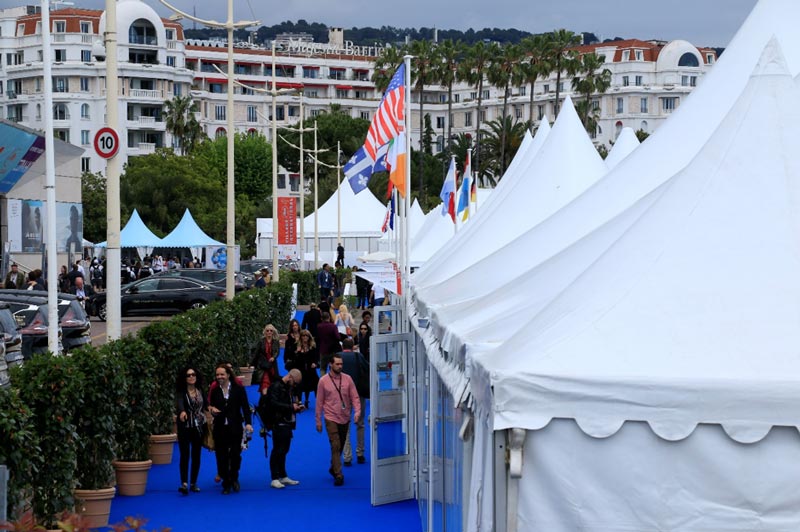 Since 1989, the American Pavilion has established itself as the leading business and hospitality center among the many pavilions scattered across the Croisette. It serves as a comfortable hub for the many U.S. film industry creators, producers, businesspeople, journalists and celebrities that frequent the Cannes Film Festival. The Pavilion coordinates the only officially recognized student programs in the festival, which include their Film & Business Program, their Hospitality & Event Management Program and their Cannes Culinary Program.

The student programmes are highly competitive and an invaluable opportunity for young students to experience what it’s like working at one of the most prestigious events in the global film industry. It hires 150-175 students each year. The application process is very straightforward, consisting of an application form, an essay submission, a college transcript and a resume complete with two references. The true fun begins when a student is finally accepted into the program. 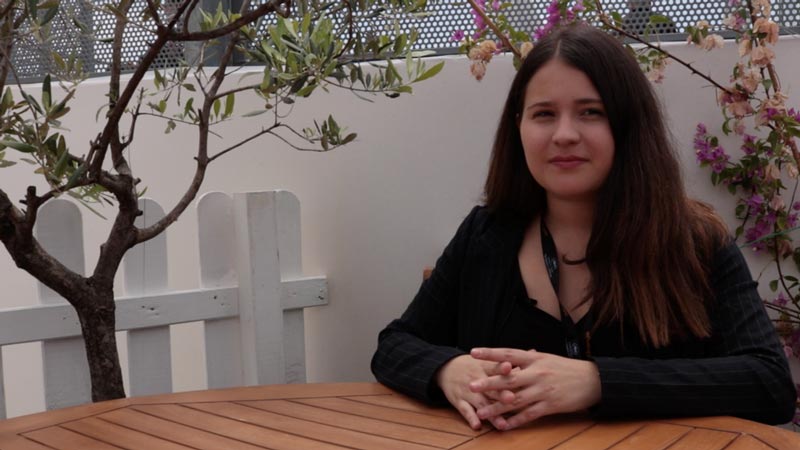 Nadia Acevedo’s job as a student intern involved being a part of the videography team, filming scenes of the Festival and interviews with celebrity figures.

“It was a very intensive two-week program,” said Nadia Acevedo, a student alum with a BA in Film Studies and is currently working with a distribution company at the Festival. As a part of the Pavilion’s videography team, she helped film various parts of the Festival. “It kind of stays with you forever, your experience living with such an international film festival.”

The American Pavilion, true to the American way, is also very open to students from all walks of life, and does its best to push their interns forward. Acevedo was a foreign student from Ecuador, one of the only foreign students at the Pavilion. “But they opened the doors for me and really made me feel welcome and a part of that world.”

Networking is also a vital part of the Festival experience for these interns. Many of the student interns have continued to maintain good relationships with the people they’ve met at Cannes, which has led to many fruitful careers for them. “This is one of the biggest events on the planet. And everyone you see running around is working in some way or another, and everyone wants to know who everybody else is,” explained Hospitality student alum and Event Management graduate Dusty Bowder. “There’s so much exposure here.”

The program is highly structured, with students being given schedules and shifts each day to work with; Culinary interns work 7-8 hours, while students from other programs work 3-4, leaving the rest of the day free for industry workshops, events, screenings or festivities. Participants in the program are given accreditation and access to the Festival, which is a special privilege granted only to industry professionals. This allows them to attend various panels and conferences, many of which have featured important public figures as guest speakers, including James Franco, Bruce Dern, Jeff Nichols, Jessica Chastain, Alexander Payne and James Cameron.

However, networking in the Culinary Program works differently. “Culinary’s a little different, I feel like, because it’s not so much about being out around in front of house. It’s being around all the amazing ingredients that you have access to here that you don’t always get to work with back home. And just being a part of literally every single thing you possibly can here,” noted Anna Reynolds, a former culinary student intern and current American Pavilion chef. While culinary students work mostly in the kitchen, it still remains a valuable experience in allowing them creative freedom to develop their craft and connect with fellow culinary talent at work.

The AmPav Student Program costs a total of US$3,950, which covers a 14-day shared accommodation, daily breakfast, airport pick-ups and drop-offs, accreditation and access to the Pavilion, guidance from an advisor and a final end-of-program party. One of the primary concerns is the cost of the program, and rightfully so. However, not having the money is not an absolutely hopeless situation. There are ways that the Pavilion aids students in financial need. 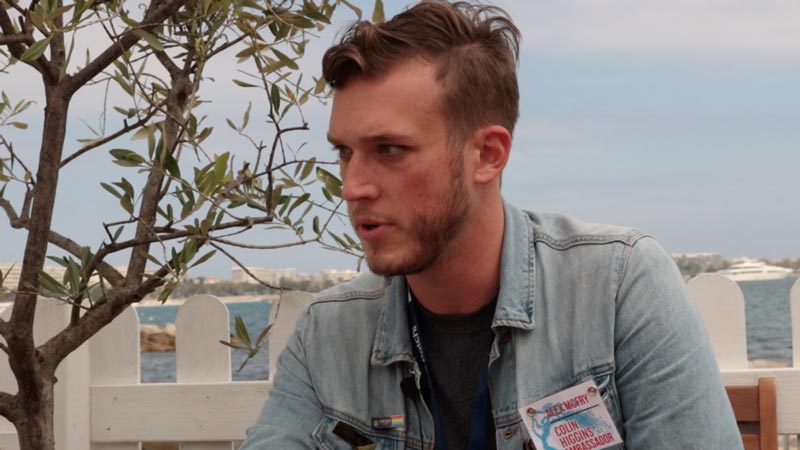 Alex Mcfry was selected alongside one other young student by the Collin Higgins Foundation.

“I started the application and didn’t finish, because the program was a little pricey – out of my price range,” admitted Alex Mcfry, a film student at Florida State University. He continued, saying that the American Pavilion reached out to him through email and directed him to the Collin Higgins Foundation, an organization aimed at assisting LGBTQ+ youth. Following an interview with Michael Bremer, the AmPav program director, Mcfry was informed he was selected by the Foundation for a subsidy that would cover the costs of the program. Additionally, his travel costs were paid for graciously by his university.

The American Pavilion’s student program is a great opportunity for various students to comes to the Cannes Film Festival and develop themselves. Whether they’re working in the kitchen, waiting tables, managing events or filming, they have a chance to develop not only their career but also themselves through an international lens.

Plus, they offer free lavender lattes to members of the American Pavilion. So why pass that up?