Bleeding black ink, swirls on and off the borders of the page. In some instances, the running ink is rain, or dreams, or wind. In some instances, the smeared and smudged ink, muddled with rich colored paints, are concepts of perception, identity and emotions. The works of Fu Wenjun lives in shadow boxes, usually containing 9 square sheets, placed three by three only an inch and half away from the wall. That is enough space to create transcendence over space and the eye's expectations. His art floats. It is Photography redefined. It is digital photography revolutionized. Wherever your mind thinks the image should end, his work defies you. This is Wenjun's style. This is Digital Pictorial Photography.

Leading the way as one of the most innovative artists in China's contemporary art scene, Wenjun's work has shown in New York, Paris, Barcelona, Miami, Milan and Dubai. And this is not a full recounting. He is a darling of the Chinese Contemporary art market. His work is collected by the Tokyo Metropolitan Art Museum and Société Nationale des Beaux Arts of France. He is also in countless museums throughout Asia, Africa, and the US.

His modern and abstract art fits effortlessly, like a glove, into the art scene emerging in China, but he comes from a rather unexpected place. 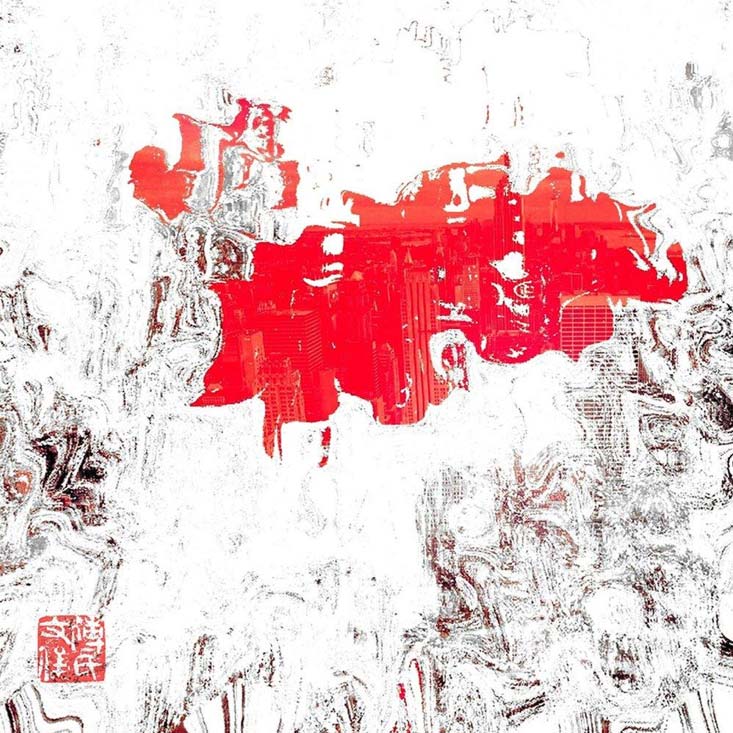 Fu Wenjun was born in Chongqing, China during a time of peace in a country in the process of healing from the 2nd Sino-Japanese war. During these formative years, Chongqing was becoming one of the four main municipalities under China's central government alongside Shanghai, Beijing and Tianjin. He went to Sichuan Fine Arts Institute.

His first main exhibit was "Echo" in 2009. The collection was made up of haunting abstract paintings of abandoned buildings accompanied by the Chinese National Emblem creating a juxtaposition between the economic waste and spending of an authoritarian government and the prosperity promised in industrialization. From his very first exhibit, it was very clear he was fearless in his ability to confront modern culture's hypocrisies.

In 2010 - 2011 he combined digital photography with montage art design. In "Thought Reading" his process included taking radiology x-rays of the human skull and replacing the brain space with Buddhist sculptures. In 2012, he followed with his next exhibition, "Pick at Random." This time he experimented with mixing art languages and creating new images combining iconic cultural symbols. This was a playful process, but the resulting works questioned cultural identities and our perception of the "self." And there is no slowing down for Fu Wenjun. His work keeps coming. He is prolific and continues to push the intersectionality of art, painting, inking, sculpture and digital photography.

His work has become more and more entangled with cultural influence and criticism. The topic that most influences his work is his connection to travel.

"I like travelling and travel a lot. Every journey is an experience, a process of meeting something new, something different. What's more important, it's a process of understanding more about myself and of rethinking more profoundly of what I have experienced up ‘til now." 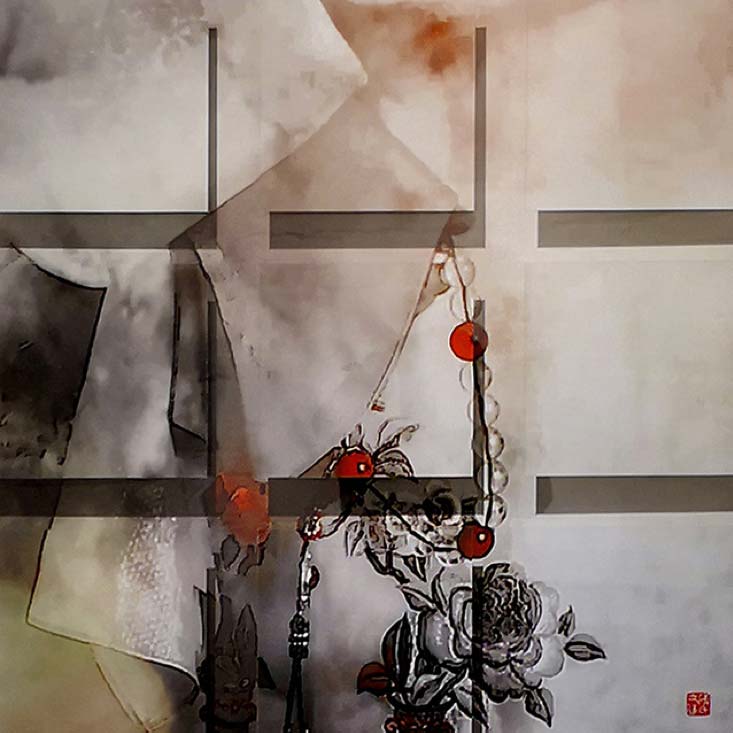 Some of his best works are at The University Museum and Art Gallery of the University of Hong Kong in his newest exhibit "Digital Brush: The Photographic Process of Fu Wenjun." Some of the works featured are "Soft Hands," "Fresh Rain in the Mountain," "East Wind Blew Again Last Night" and "Dancing Notes." All four are masterpieces worthy of an afternoon studying the master's process and recontextualizing your definitions of Photography and Art.

But he is far from done exploring these ideas. In his new works, he takes on more structural forms. In one of his new series, "Ask Tea" Wenjun explains that the works "display the objects in the environment of an old-style Chinese teahouse, and aesthetically explores a composition of geometric shapes."

Meanwhile his work with culture continues in his new "F1" series. He told 72 Dragons Media that "the works are thematic portraits with ink painting, line drawing and light color in contrast to original photos, with the attempt of encouraging viewers to ask and think the facts behind the images in front of them. [The Inspiration] coming from my last year's visit to F1 Abu Dhabi race." 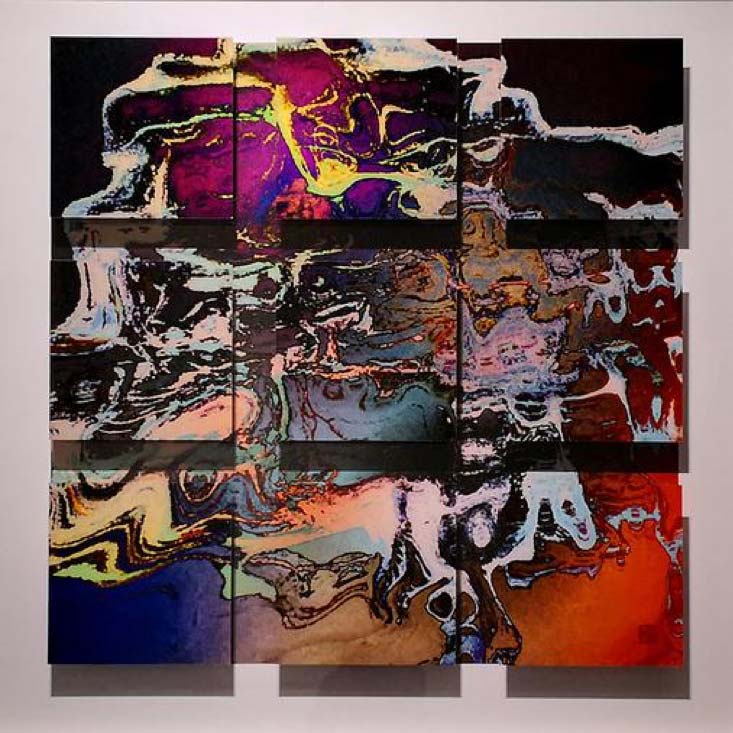 It is clear that his newer works grow richer with context to his own Chongqing upbringing and the influence he has met with the outside world. His work, much like the ink that appears to bleed from the canvas, is sometimes blending and blurring with its surroundings and other times standing in sharp contrast to them.

This is what has Wenjun so excited about showing in Hong Kong.

"My work is a place where the spirit of Chinese traditional culture encounters the photographic art that keeps innovating. Hong Kong is a city [where] the Eastern and the Western culture meet and blend…" For this reason alone, there is no better place to exhibit his work and to admire it.