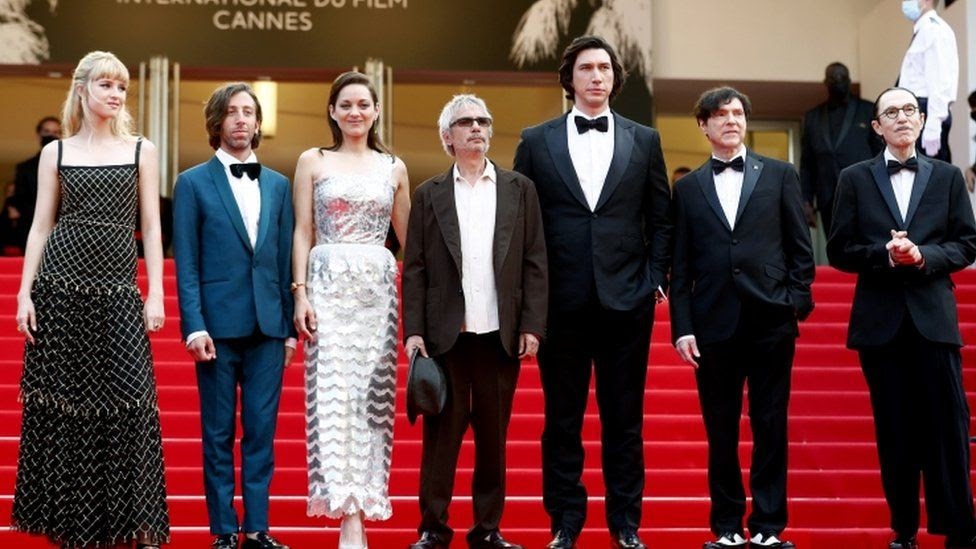 Cannes has always managed to raise a lot of eyebrows, and why not, where there are celebrities, there is news. From Bella Hadid’s audacious Schiaparelli look to the memes of The French Dispatch; there is so much to highlight.

Well, Adam Driver’s debut English film, Annette, opened the Cannes film festival and the movie got a standing ovation, and to that, Adam lit a cigarette in the audience— tellement français, non?

The French Dispatch, was another hit in Cannes. Wes Anderson’s most awaited movie was supposed to release in 2020, but then we all know why, it didn’t. A lot of the cast member like Tilda Swinton, Timothée Chalamet, and Bill Murray were present there to witness the 7 minutes long standing ovation.

Need we talk about Bella Hadid? If you are not socially ignorant, you might have already seen Bella Hadid’s dress on Instagram, but anyway, let’s. Well, Bella is always on-fleek when it comes to fashion, it is always, haute couture in her case. She stole the show with a Schiaparelli's recent Fall/Winter 2021 collection, which had puffed sleeves black gown and a breast-baring neckline styled and to add, she had a gold necklace shaped like lung branches.

Jodie Turner-Smith spent her final day in Cannes in a police station. She reported robbery when she found out that her jeweller was missing from her room. She was staying in Marriot, when she was having her breakfast, the thieves broke into her room and grabbed several tens and thousands of euro’s worth of jewels.

PREVIOUS ARTICLES
The Short film in the Competition
Small Countries, Big Impacts
The palme is finally in the hands of a women once again
Spike Lee spills the beans