We Write. We Film. We Flash. We Stream.
NETFLIX "CHOOSE YOUR OWN ADVENTURE" MISSES THE POINT Susan Morgan - October 22, 2018 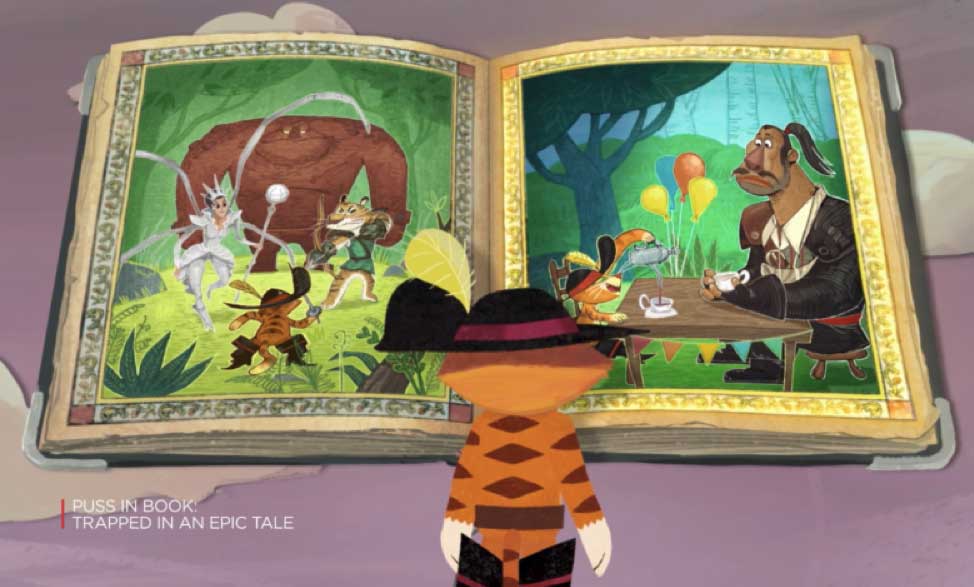 [Puss in Boots: Trapped in an Epic Tale | Netflix]

Netflix has been toying with the idea of interactive content for the last few months starting with their children’s programming. “Puss in Boots: Trapped in an Epic Tale,” and “Stretch Armstrong: The Breakout” have been some of the new content Netflix has created that allows children to choose how the story ends. While engaging for a 6 year old, Netflix decided it was the right time to bring the “choose your own adventure” model to their original programming for adults. Let’s look past how uninspired and gimmicky the idea is to talk about how they are missing the point of authentic interaction and audience collaboration.

The series “Puss in Boots” might work as a creative and engaging way for young children to “pretend interact” with the television, but they aren’t authentically changing what happens in the story like when you improvise a bedtime story. When you make up a story, the child gets to participate in the shaping of that universe. They choose character names or decide what happens next. They are collaborating with the storyteller to authentically influence the story. “Choose your own adventure” isn't the same type of participation. You choose from a series of pathways for a character that lead to a series of endings preconstructed by the writers of that show or book. The child isn’t altering the universe at all. But it feels like they are. Letting them choose what the character does next can feel like influence. They might even believe they made the character do whatever he does next. After all they think you’ve disappeared when you play peekaboo. But you haven’t disappeared. And they are not really interacting with the medium. It’s simulated participation.

Does Puss fight a monster? Or have a tea party with that monster? Well, what if the child wants to do something entirely different? Like suddenly hike Mount Everest? Not an option? That’s where the format falls apart.

Now Netflix has decided the format is ready for an adult audience. The upcoming episode of Black Mirror will be their first foray into multi-pathway adult content. To be clear this is exactly what Netflix said on their website concerning their objective in doing content in this format:

“Interactive content is a fun new way to experience Netflix. In each interactive title, you can make choices for the characters, shaping the story as you go! Each choice leads to a different adventure, so you can watch again and again, and see a new story each time.”

While a unique (if not gimmicky) approach, it misses the point. It’s simulated engagement, not real engagement. You get to choose what happens next from a set list of acceptable paths but the show, its writers and its creators aren't taking in the audience’s suggestions or ideas to cooperate on a story.

A screenshot from a livestream of DJ Jovian on Twitch. Here he can interact with fans (on the right side bar) and play requests, answer question and chat.

And as Virtual Reality becomes more normalized, another layer of authentic collaboration is coming into view. Netflix, on the other hand, is borrowing from a Scholastic Book Fair they went to last fall to take an old book idea and copy and paste it to television. I personally don't think that mode of content creation will hold up, when people can engage and collaborate authentically on Youtube and Twitch. Netflix is still a one way content pusher.

Netflix has yet to grasp that their audience has no collaboration with their content. And missing that, is missing out.

VIEW NEXT
It's a Netflix World Now